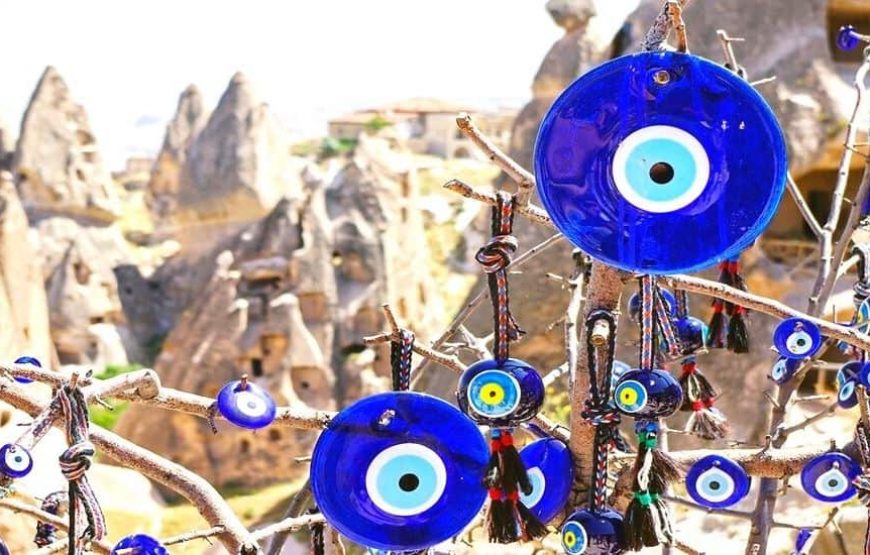 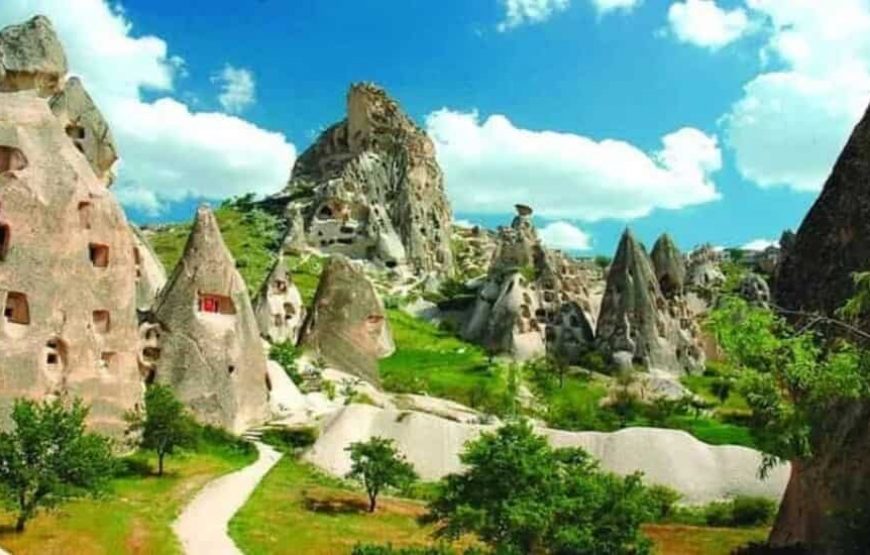 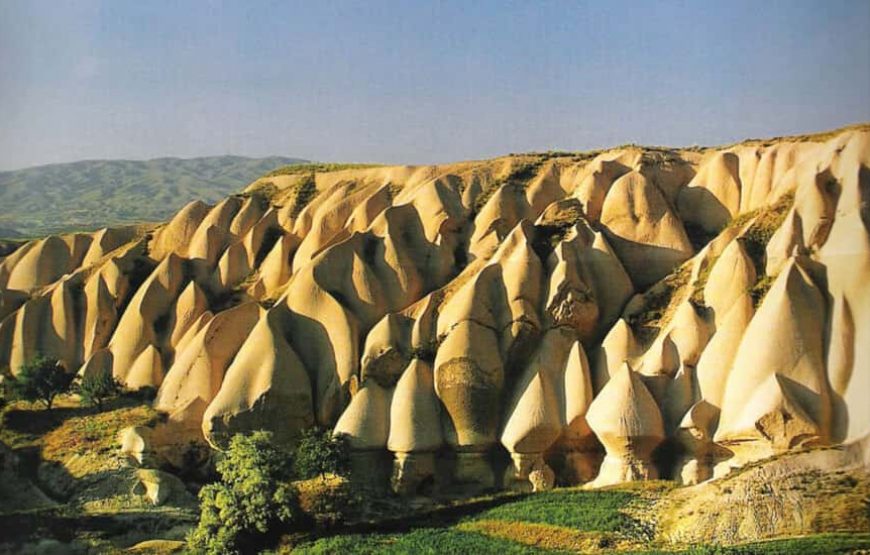 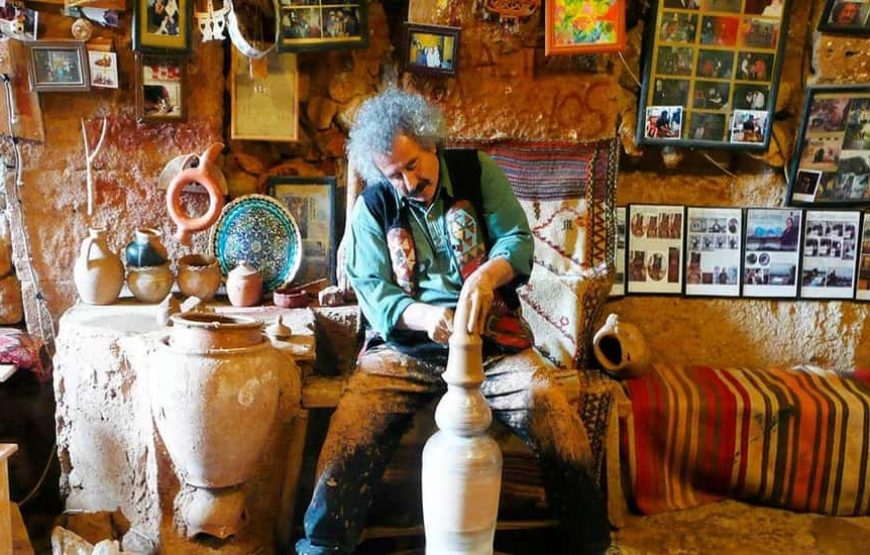 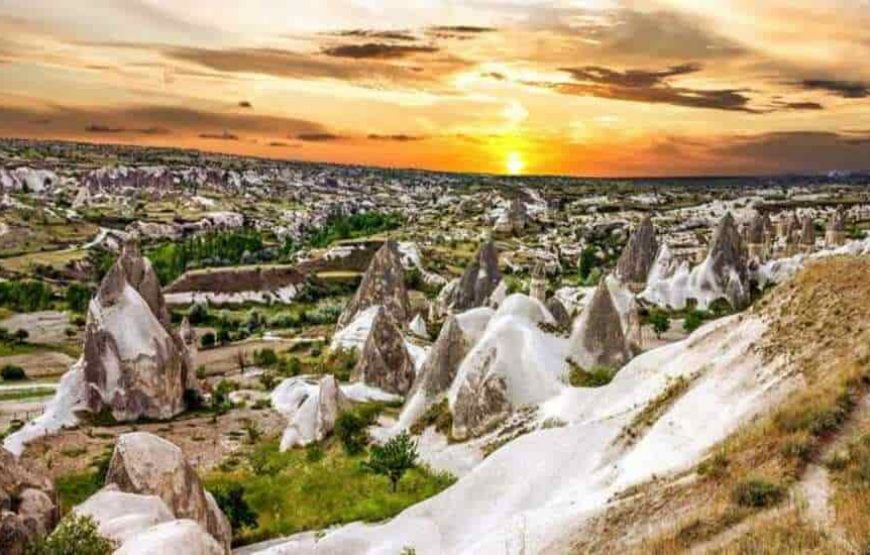 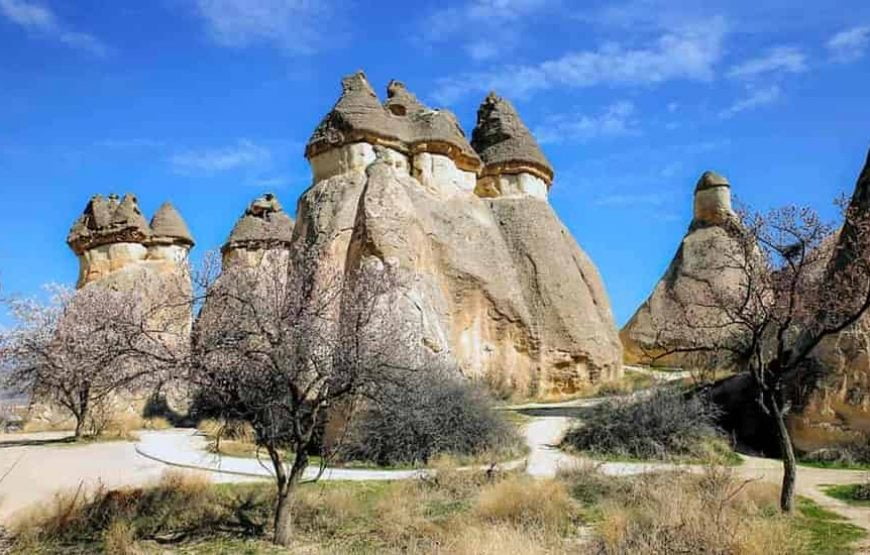 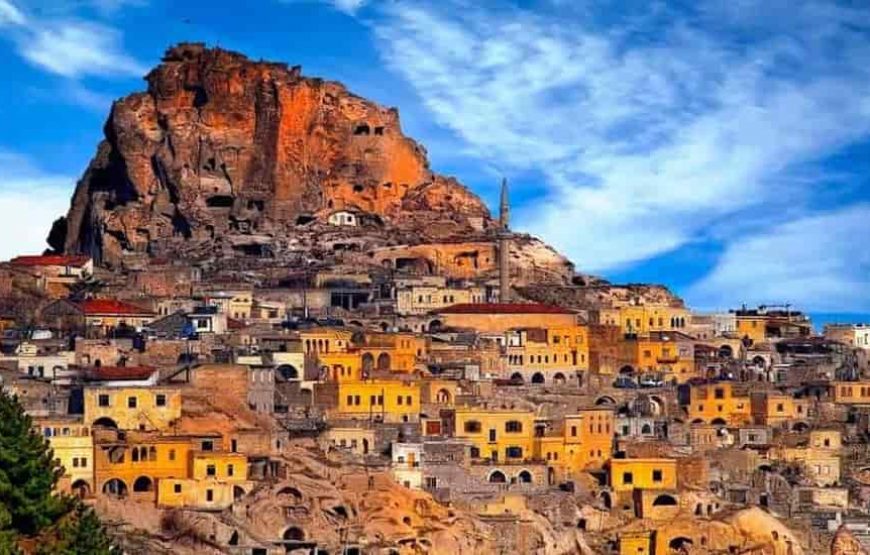 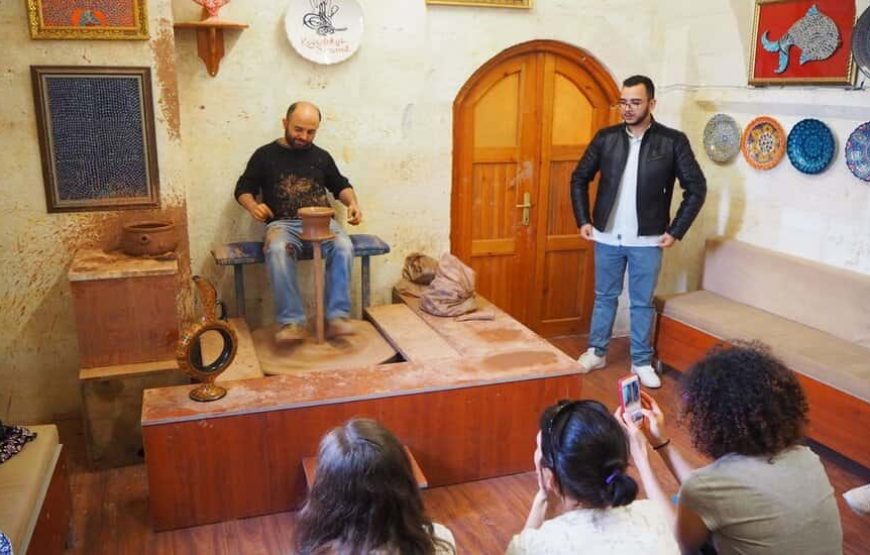 Cancel up to 24 hours in advance

No required advance payment, you can pay it at the tour.

Preready ticket for skip the line.

We provide Pick Up and Drop off to Cappadocia Hotels.. 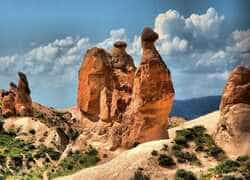 Full-day North Cappadocia Red Tour begins with a pickup from your hotel in Cappadocia or by meeting your guide at a central location. Start with a brief orientation to the day ahead and then set off in your comfortable coach to your first destination.

The first stop is Uchisar Castle, where you have a breathtaking view of the castle and the fantastic cone-shaped rock formations surrounding it. The Guide provides you with information about the formation and history of Cappadocia.​

The next stop is Göreme Open Air Museum, the most famous tourist attraction in Cappadocia, in this museum of ancient cave churches, cut into the rock by Orthodox monks, you will see beautiful , original 11th, 12th, 13th century frescoes, as well as rectories, dwellings and a religious school, forming a large monastic complex carved into rock in the stunning Cappadocian landscape.​

Continuing on to the Love Valley Panorama, where you can admire the most amazing creations formed naturally over millions of years by wind erosion.

After having lunch in Avanos, tour goes on by a visit to the ancient town of Avanos, which was called Venessa in the olden times. It overlooks the longest river in Turkey, the Kızılırmak (Red River), which separates Avanos from the rest of Cappadocia.

The most famous historical feature of Avanos, which is still relevant and prominent today, is its production of earthenware products. The ceramic trade in this district and its countless pottery factories date back to the Hittites. The ceramic clay from the red silt of the Kızılırmak has always been used. You can watch the potters at work using the kick wheel, a technique that hasn’t changed over generations. Later you can also try making your own pottery.​

The next stop is Devrent Valley, which is also known as Magic Valley. Devrent valley has many different red-coloured rock formations, forming a lunar landscape with their strange appearance. The valley has many animal-shaped rocks. Some of the most commonly seen shapes include a camel, snake, seals, and a dolphin. If you use your imagination, you can find many others. There is even a rock pillar which looks like Virgin Mary holding baby Jesus.​

After the tour you will be transfered to your hotel or orginal departure point in Cappadocia.

Returns to original departure point.
We will meet you at your hotel or location in Cappadocia..

Is this not what you are looking for?

You can creat your trip as you wish! Click the button below choose your destations & attractions and send it to us. Our team will contact you with custom trips prepared it for you.

You can cancel the booking 24 Hours prior to the start of the tour.
Tour will start with pick-up service from your hotel in Cappadocia between 09:00am - 09:30am. Exact start time will be informed after booking completed.
Yes you can pay it by VISA and MASTERCARD at the tour.
Yes we accept TRY, EURO, USD, GBP and AUD for the payment.
**You can pay the tour with currencies mentioned above with Turkish Liras exchange rate at the day of payment. 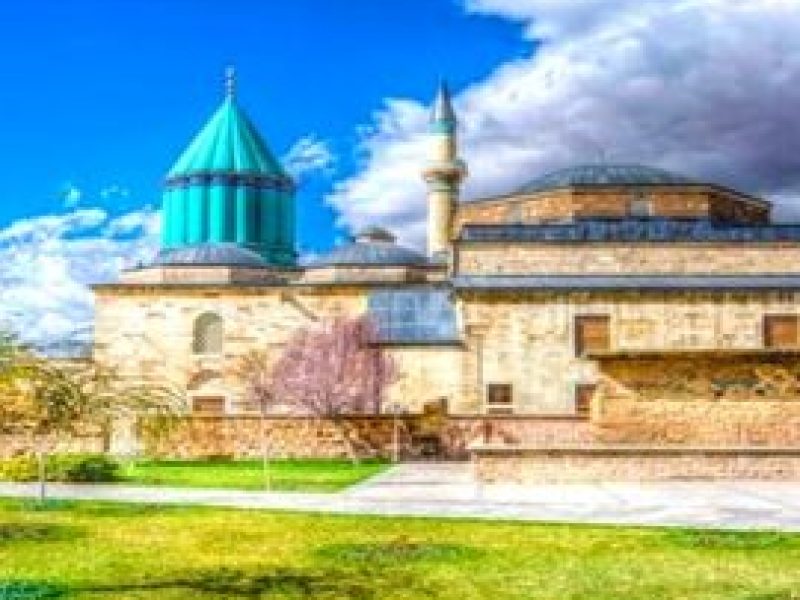 Cappadocia and Konya Tour from Istanbul 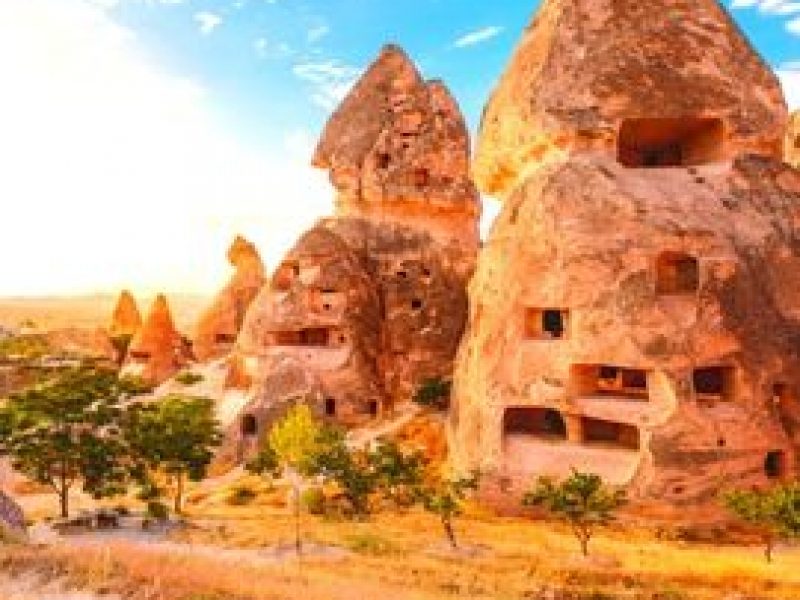 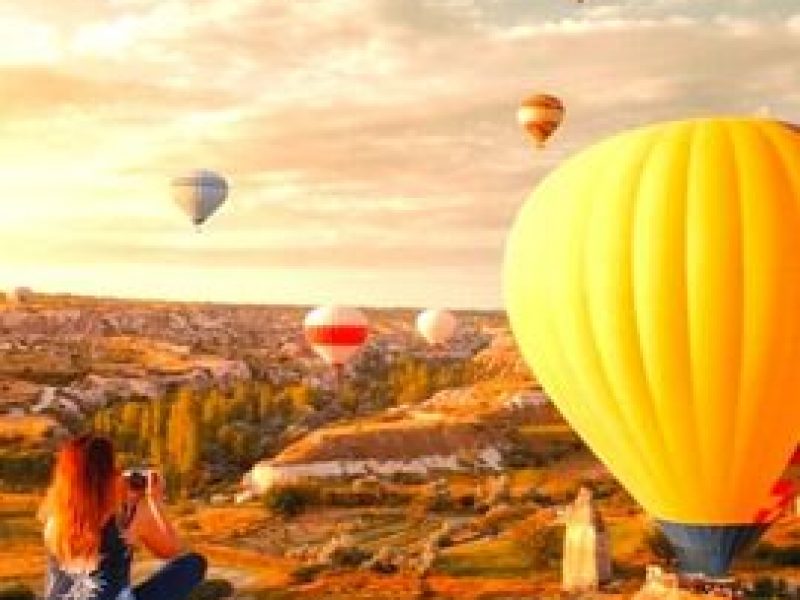 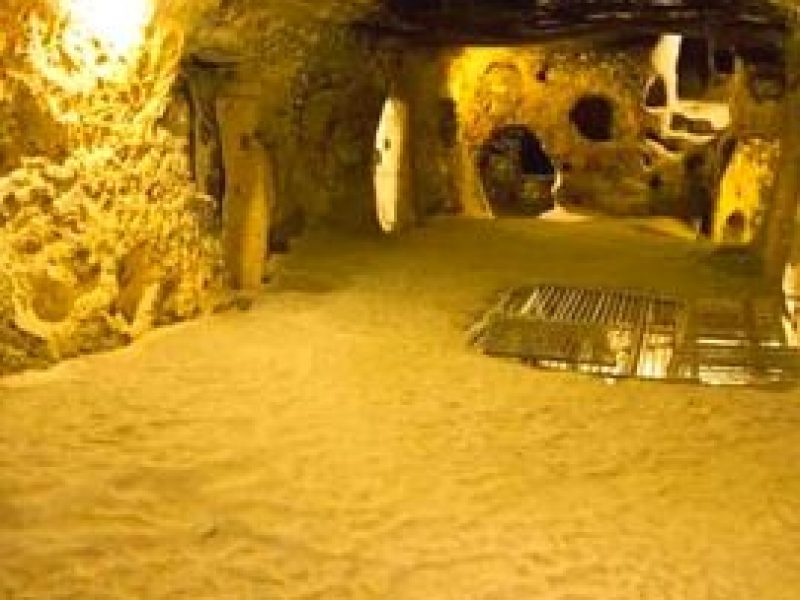